if only i have the will to stop all these..

i might not be the right person to talk about this.
but as a human,
i don't think killing a seal as a tradition/culture is
a good thing to do n that, you should proceed with it.
don't you think they're too cute to be killed? 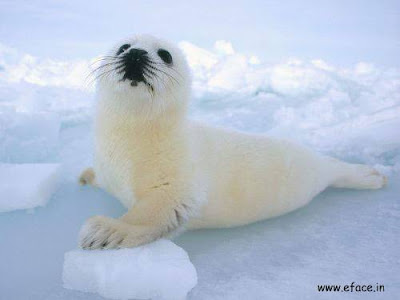 taken from : www.asij.ac.jp
Harp seals are beautiful as pups. It is the beauty that turns them in. Hunters kill many white coats each year. In the 1998 Canadian hunt 282,070 seals were killed. In Greenland 400,000 are estimated dead. And in the North Atlantic 500,000. There is a strong protest against the killing of harp seals. The people find whitecoats and dye the fur. The fur is thus ruined, but the whitecoats are saved. Still, there is a great demand for Harp seals. There are many reasons as harp seals are producive animals. Harp seal oil is a clear, colorless oil with no odor and mostly used for cooking. The guts can be used for sewing. Certain parts of male harp seals are sold to the Asian aphrodisiac market. Leather, fur and meat are used. In Russia, they dye the pure white pelts black and sell as hats. How do people get the stuff? Inhumanely. In a certain hunt there is video evidence of the seals being skinned, cut open, dragged with hooks while still alive. 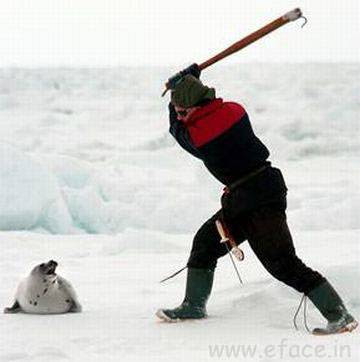 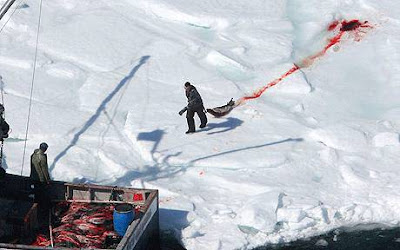 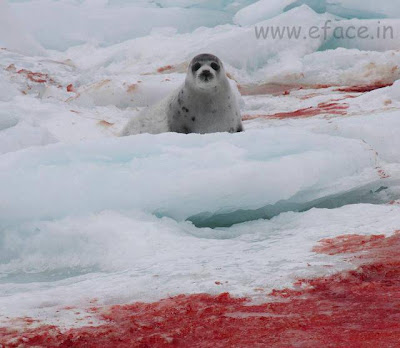 critics argue that baby seals, alone on the ice after being nursed by their mother
for their first 12days, are being shot and bludgeoned to meet humankind's
vain demand for fur. 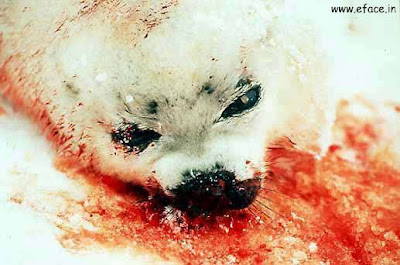 i cried.
because i don't know in what ways i can help them.
i hope, one day.. all of this will stop.
guys.. come and pray that it will end, very soon.
please ?
:'(
Labels: pandangann 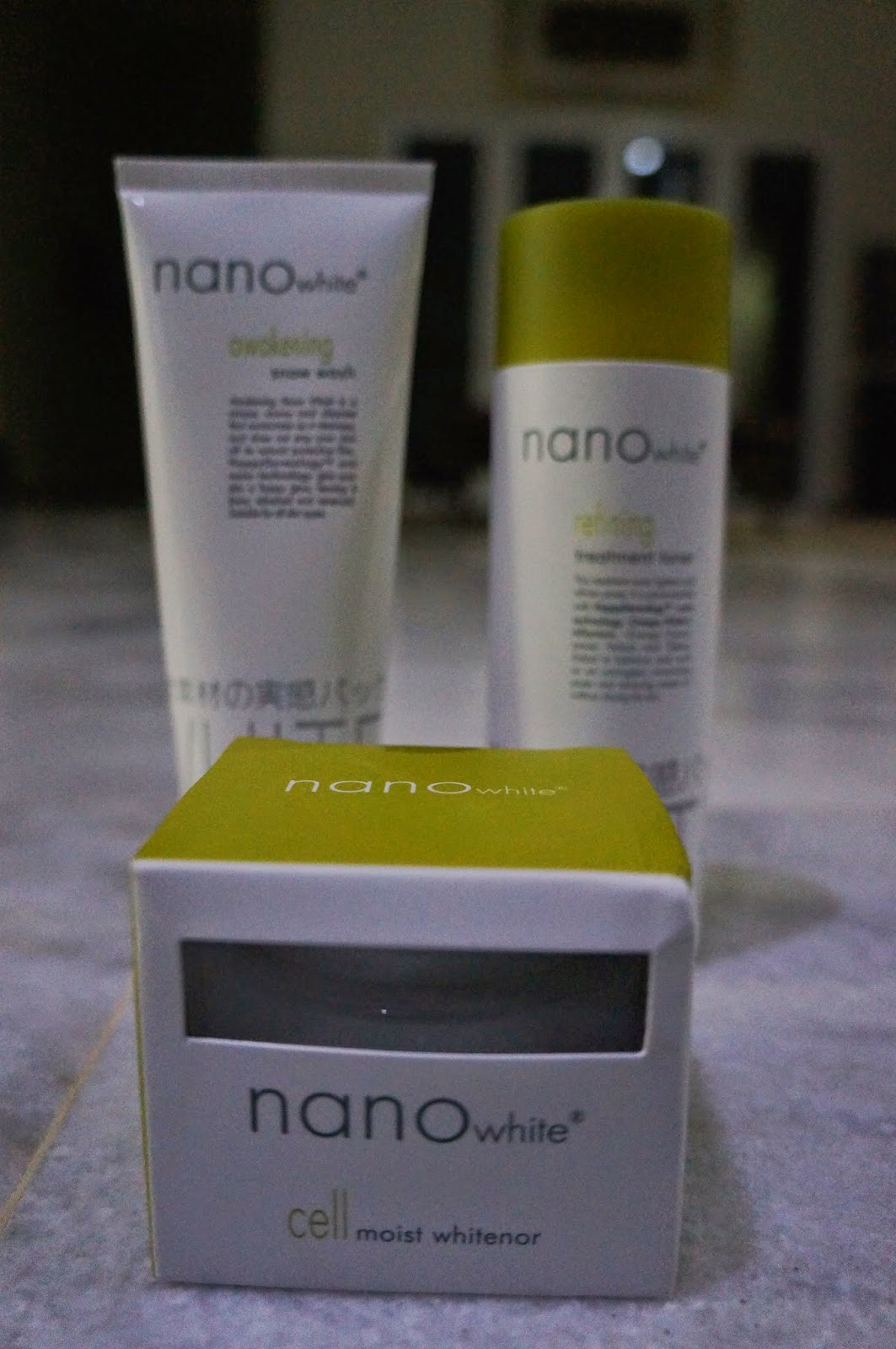 FatinSuhana
Ordinary girl with Extraordinary passion for everything she did :) byfatinsuhana@yahoo.com